Books unite us. Censorship divides us. 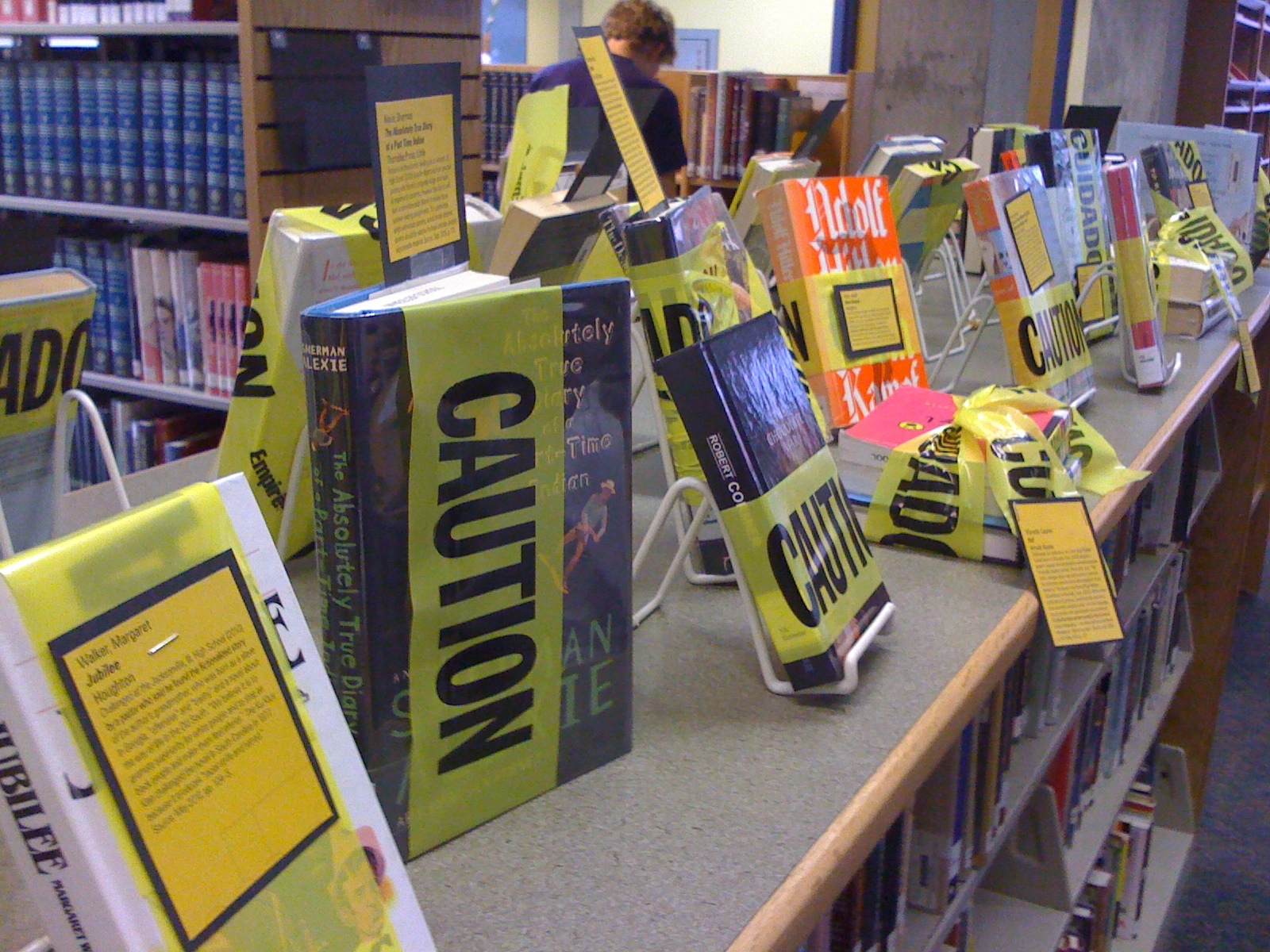 Banned Books Week (September 26 - October 2) is an annual event celebrating the freedom to seek and share ideas by reading. Attempts to censor books in schools and libraries have occurred throughout history and continue today.

The ALA Office for Intellectual Freedom tracked 156 challenges to library, school, and university materials and services in 2020. Of the 273 books that were targeted, here are the most challenged, along with the reasons cited for censoring the books:

Challenged, banned, restricted, and hidden to avoid controversy; for LGBTQIA+ content and a transgender character; because schools and libraries should not “put books in a child’s hand that require discussion”; for sexual references; and for conflicting with a religious viewpoint and “traditional family structure”

2. | Stamped: Racism, Antiracism, and You by Ibram X. Kendi and Jason Reynolds

Banned and challenged because of author’s public statements, and because of claims that the book contains “selective storytelling incidents” and does not encompass racism against all people

3. | All American Boys by Jason Reynolds and Brendan Kiely

Banned and challenged for profanity, drug use, and alcoholism, and because it was thought to promote anti-police views, contain divisive topics, and be “too much of a sensitive matter right now”

Banned, challenged, and restricted because it was thought to contain a political viewpoint and it was claimed to be biased against male students, and for the novel’s inclusion of rape and profanity

5. | The Absolutely True Diary of a Part-Time Indian by Sherman Alexie

Banned and challenged for profanity, sexual references, and allegations of sexual misconduct by the author

6. | Something Happened in Our Town: A Child's Story about Racial Injustice by Marianne Celano, Marietta Collins, and Ann Hazzard, illustrated by Jennifer Zivoin

7. | To Kill a Mockingbird by Harper Lee

Banned and challenged for racial slurs and their negative effect on students, featuring a “white savior” character, and its perception of the Black experience

8 | Of Mice and Men by John Steinbeck

Banned and challenged for racial slurs and racist stereotypes, and their negative effect on students

9 | The Bluest Eye by Toni Morrison

Challenged for profanity, and it was thought to promote an anti-police message 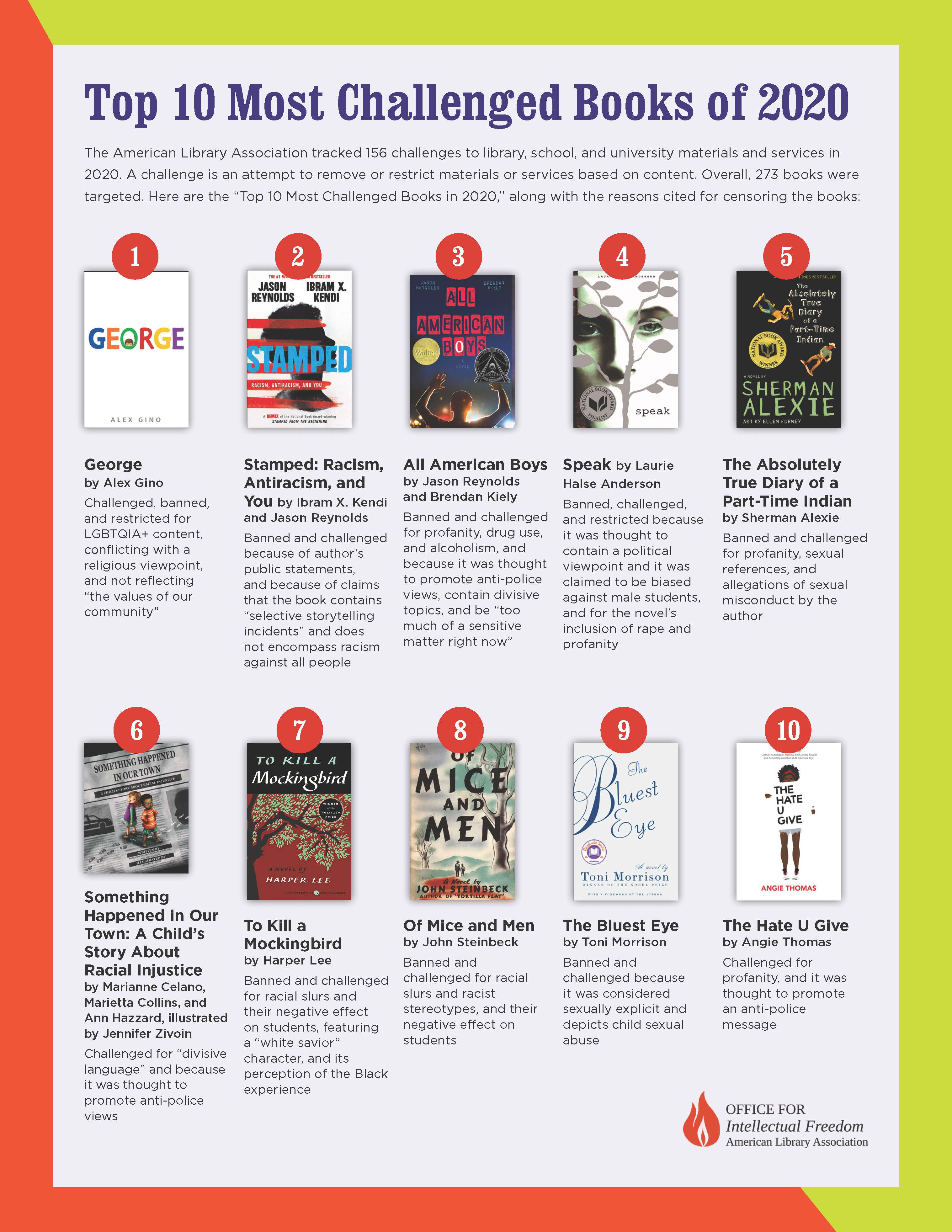 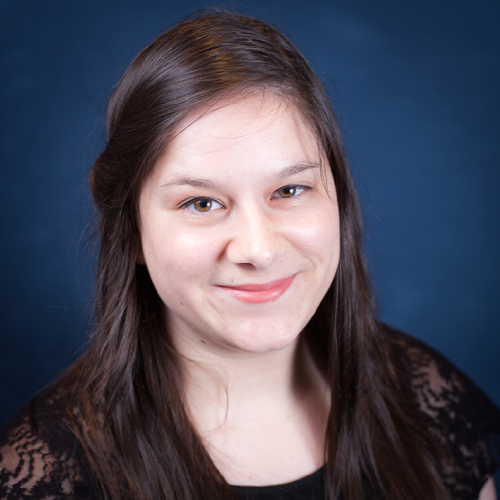