Laws that have passed Congress are published in three places.

Finding the Texts of State Laws

Go to the web site of the State in question. For Colorado go to www.colorado.gov. Navigate through the web site until you find information about laws, and you should see a link to the state's code, which is a subject-based listing of all of the state's law.

Finding the Texts of Federal Laws

The easiest way to find the text of a law is to do an online search of the Government Printing Office's Catalog of Government Publications.

You will search for the terms you know about the law, such as the name of the act or the Public Law number.

Name of the Law

You can also search for the text of legislation on Congress.gov.  Search by the current legislative session or past sessions, track the progress of bills as they work through the legislative process, view committee schedules, roll call votes and more.

Finding the Texts of Local Laws 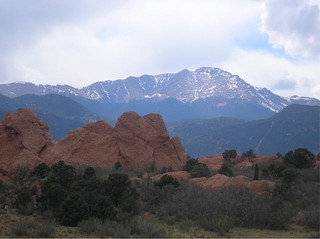 Local laws include ordinances of villages, cities, and towns. For unicorporated areas, local laws may fall under the County. As with state laws, the easiest place to look for local laws is on the city or county web site. Colorado Springs' site is at www.springsgov.com. The city's laws can be found using the left-hand link labeled "City Charter/City Code."

As with Colorado's state laws, you will get a subject-based directory to sort through to find the law(s) you seek. If I want to see laws related to the management of Pikes Peak, click first on "Municipal Enterprises", then on "Pikes Peak - America's Mountain, and finally on "Enterprise Status; Accountability; Contracts."